I beseech your input on which Henrik Drescher image to use

So: I'm working on a book of poems in which each one will be illustrated by a different artist.
Many awesome artists are participating, and one of my favorites is Henrik Drescher.
He's done bunches of kids books and even more adult books of strange and gutsy art, drawings, and collage.
Lauren and I have an original piece of his in our bedroom, a gift to each other for our 10th anniversary.
Drescher is very cool.

And he has said YES--I can use one of his illustrations in my book!
After sifting through many choices and matching them up with poems,
I have narrowed the field to these four.

READERS, POETS, PEOPLE:
Please look at his illustrations below and read my accompanying poems, and in the comments section, let me know which ones stand out for you most. I need help making the final selection, and I value your input highly.

And now, the works:

Isn’t all this just what I deserve? The exultant voice sang until
after the indulgence. Then it came clear: it wasn’t a good voice,
but some impersonator hijacker impulse chemical.
Embezzlers’ arcs run breakneck fast, fly above consequence,
and end with hasty tidying, the food stains of guilt.

To the accused, the trial is familiar noise,
echoes of big-font headlines viewed in hindsight.
Buzz. Cluck. Hiss. Look at the time and rejoice:
the money’s gone, so let’s say goodnight.
The press will write we all looked ill.

Indeed, I’m too beat to fight.
A cell is heaven sent.
To appear contrite
is to repent
and repays


The Book of Confabulation

Necessity begat Invention,
as we know. Innovation begat,
begat, and begat Generations;
until dawned an era of A Lot.
In time, Satiety and Option

bore Dissatisfaction, a rude tot
who holding things in one hand could see
possibilities of alternates
in the other, items less paltry,
more suited to a child of Station.

Dissatisfaction conjoined Seeking,
distant descendant of The Great Hunt.
They begat Distraction and Ennui.
In that time of Felt Entitlement,
A sordid, mongrel brood was begot:

when I think how everyone masturbates,
I picture Ronald and Nancy Reagan
around the start of the 1980s.
They weren’t attractive, but I was thirteen,
with certain chemistries coalescing.

“That’s hilarious,” laughs the porcupine,
“if I’m to judge. Say, do you have something
salty to eat?” To be clear, the Reagans
are not objects of my fantasizing.
I just think of them as masturbators,

standing for all humans as such. “I think
playing is why we live,” it says, chewing.


How I met your father

Goddess Mother knows I don’t go to the hot springs
to hook up with anyone, least of all a guy.
He sat on the edge of the cold pool, gesturing
without a conversation. I got tingly thighs.
His lips whispered; his gaze flitted. A queer longing

came to blow out that clogged funnel of a man. Why?
He seemed naked—he was naked—but in a shell,
a veil of views painted on his personal sky.
Anyway, I’m sure all of it comes down to smell.
I got close enough to stop his eyes from spinning,

and coaxed his story, which came in surges and swells.
When he coaxed mine, I closed my smile and sang, “If you
could read my mind, love, what a tale my thoughts would tell.”
Light-hearted, Lightfooted, we watched the empty blue
catch stars. I understood he wished for empty eyes.

It’s what a healer doesn’t hesitate to do:
hone the attention, turn the clogged funnel and blow. 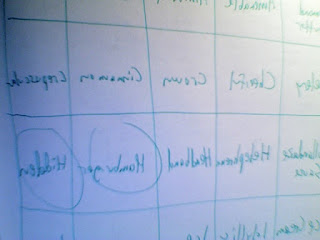 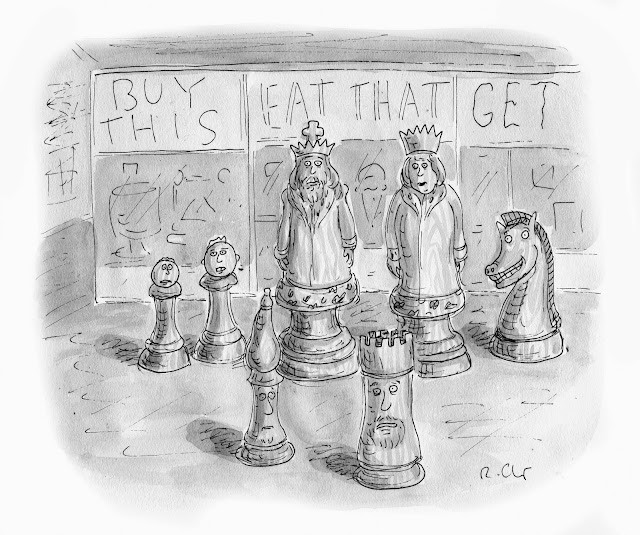